Who Knows How To Get Your Peptides In Line? Master Key Experience Week 22 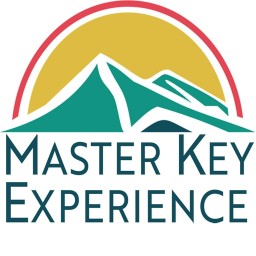 Our meteorologist, Guy Hagi, on KHON news says all the time, “Here’s your forecast for the best weather on earth.”

We do live in Paradise here and it’s easy to avoid the “real world”, the news, the rest of the planet because it is so amazing here all the time.  Even when it’s raining and cold (sorry New Englanders now I think 66 is cold) it’s absolutely awesome.

As as result of this I never know what going on in the news or the world till someone tells me.

So Mark, The World’s Laziest Networker, and the best husband ever, says to me yesterday, “Hey what’s going on in Connecticut?”

“I don’t know I say but I think some young girl died, I saw something on Facebook the other day.”

He says, “No, I think something big happened.”  So I hit the internet and find out about the tragic tale of Sandy Hook School.

As sad as this is, as tremendously horrible as this is, I hope you’ll understand when I say, I could have just gone on living my live if I didn’t know about this.

I read a quote, supposedly anonymous but with Morgan Freeman’s picture (I guess cause he was God in that movie) that totally places the blame on the media.  Well I’m sorry to inform you but it’s not the media’s fault, it’s your fault, if you are one of the people who watch it, who scream for more sensationalism with their dollar by tuning in.  You don’t need to watch this over and over once you find out, shut it off and get down to getting in service.

Here is the number 1 way to build your MLM business and live your dream, shut off the television.

Don’t watch the news, CNN, CNBC, (I don’t even know what that is) MSNBC, ABC, CBS and all the other garbage out there that is trying to get you to take your eye off the ball, stop you thinking for yourself so you’ll continue to pay your taxes and not ask any questions about what their doing in Washington, DC (DC stands for District of Criminals).

I’m I saying all television is bad, NO absolutely not.  Mark and I watch MLB Network, Hawaii Five-O, and usually the last 10 weeks of American Idol.  There are some wonderful programs on television.  I saw this special on Oprah about the movie Lincoln and now I can’t wait to see it!  Some TV is OK – it’s all the ads trying to convince you if you eat at McDonald’s you’ll meet the man of your dreams and all slanted garbage that’s screaming at you.

It’s all the sadness, tragedy, lies, (Oh yea the lie about just about everything you see on TV) talking heads arguing on and on and on designed to distract you from thinking for yourself and designing your own life.  It goes much deeper but I’ll need at least a million words and I want to focus on the positive.

You can honor these tragic deaths but not watching the news.  Try sending a card or a prayer to the families struck

by this horrendous event.  Don’t talk about the perp, let’s do a Harry Potter and never say that name, ever again. Let’s forget that part of it – forever – that’s what it deserves.

Talk about the brave teachers, heroic kids, send love to them in your conversations if and when you speak of Sandy Hook School.

Better yet, send a letter or an email and let the media outlets know how you feel.  Tell them you don’t want all this garbage screaming at you, you’re going to shut it off, plumet their ratings, this we can do!  Nothing is going to change until we do something about it.

It’s the people who ask for this garbage and only the people can change it.  Oh BTW don’t slow down and look at the accident either, just pray for their safety and keep driving.

Since Disney owns approximately 25% of all media outlets you may want to let them know how you feel too.