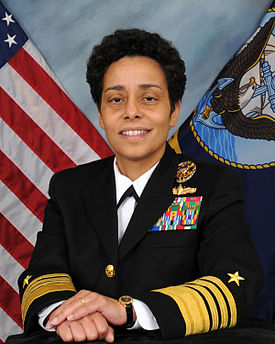 After reading an article about the United States Navy naming the very first female, another amazing woman, 4 Star Admiral Admiral in history, Michele J. Howard, I did a little research.

That’s right the FIRST female 4 Star Admiral – just as an aside there have been about 221 male 4 Star Admirals since about 1866 – so you’re telling me in the last 148 years there has not been 1 single woman worthy of the title until today. Hmmmm… just sayin’

My research led me to this woman. “Amazing Grace” Hopper, pioneering computer programmer. Being a computer person myself I was very interested in this Admiral of the US Navy. I too considered myself an amazing woman and also a pioneer in the computer world. I started working on computers in high school back in the early 80s. Then got a job using a typesetting computer, The Compugraphic 2000. Let me tell you back in the day this thing was state of the art.

I’m sure in a trash heap today.

Because of my background I jumped right into the computer revolution. MacClassic was my first computer. Learned DOS and Unix. Then onto PCs as Microsoft took over the world.

I’m happy to report I came back from the dark side in 2008 and Apples abound everywhere in my home.

This eventually led me to an amazing career on the computer, to may amazing husband Mark Januszewski, and to the Master Key Experience.

Well imagine my surprise to find out about “Amazing Grace” Hooper. One of the first people to be writing code back in the 1960s. Bill Gates and Steve Jobs were not yet in first grade. I was a very late bloomer.

This incredible woman was a leader in the single most influential process that has hit our planet and very few know about her. Her name is not at the forefront of technology. I wonder why??

Well no actually I don’t – I know why.

Here’s some of her bio:
Grace tried to retire twice, in 1966 and 1971, but both times she was recalled to active duty indefinitely. She was promoted to commodore in 1983, a title that was later renamed to “rear admiral, lower half,” and finally retired for the last time in 1986 at the age of 80. At the time, she was the oldest active-duty commissioned officer in the US Navy. At her retirement she was awarded the Defense Distinguished Service Medal, the highest non-combat award possible by the Department of Defense. She then worked as a consultant to Digital Equipment Corporation until her death in 1992.

In the course of her lifetime, Grace Hopper was awarded 40 honorary degrees from universities around the world, along with numerous awards and honors including:

I’m inspired by this woman and I just wanted to let more people know about THE true technology pioneer of our HERstory.